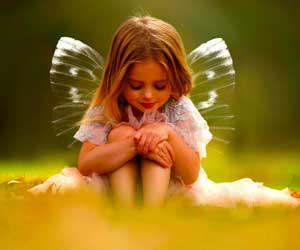 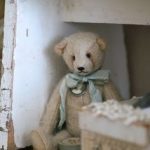 The death and loss of a child is frequently called the ultimate tragedy. Nothing can be more devastating. Along with the usual symptoms and stages of grief, there are many issues that make parental bereavement particularly difficult to resolve. And this grief over the loss of a child can be exacerbated and complicated by feelings of injustice — the understandable feeling that this loss never should have happened. During the early days of grieving, most parents experience excruciating pain, alternating with numbness — a dichotomy that may persist for months or longer. Many parents who have lost their son or daughter report they feel that they can only “exist” and every motion or need beyond that seems nearly impossible. It has been said that coping with the death and loss of a child requires some of the hardest work one will ever have to do.

The relationship between parents and their children is among the most intense in life. Much of parenting centers on providing and doing for children, even after they have grown up and left home. A child’s death robs you of the ability to carry out your parenting role as you have imagined it, as it is “supposed” to be. You may feel an overwhelming sense of failure for no longer being able to care for and protect your child, duties that you expected to fulfill for many years.

It must be remembered that bereaved parents can mourn the death and loss of a child of any age, and that it feels unnatural to outlive a child. It does not make a difference whether your child is three or thirty-three when your son or daughter dies. The emotion is the same. All bereaved parents lose a part of themselves.

The search for meaning in a child’s death is especially important to parents. An understanding of how a death fits into the scheme of life is difficult and often unattainable. Faith is a source of comfort for some parents, but others with religious beliefs report feeling betrayed by God. Religious confusion is normal, as is questioning many things that you may have believed to be certain. One father dealing with the death of a child reported that his faith in life in general had been shattered. He had long believed that if you lived your life as a good person, striving to make a positive contribution to the world, life would turn out well. The death of his son robbed him of that belief. This reaction isn’t uncommon; losing a child feels like the ultimate violation of the rules of life.

Surviving the death and loss of a child takes a dedication to life. As a parent, you gave birth to life as a promise to the future. Now you must make a new commitment to living, as hard or impossible as it may seem right now. You will survive this; however, the experience may change you.

As mentioned in the main Understanding Grief section, your grief will be individual and unique. How you grieve over the death and loss of a child and for how long will be different than for anyone else — you need to allow yourself to grieve in your own way.

Other topics that may be useful to you include the Mourner’s Bill of Rights, as well as Suffering a Miscarriage or Losing a Child and the recommended readings to the right and the related links to the left.